My love affair with compressors began in high school.

At the time, I had limited gear, limited access to it, and limited funds to acquire it. In addition, there was no real source of information to guide me. Based on descriptions of the effect alone, I thought a compressor might make a good boost to my gain stages for solos. Turns out this was correct. My first compressor was made by Arion. Remember Arion? They made plastic pedals. The compressor looked like this:

The fact that it was designated “SCO-1” somehow made it seem VERY cool to 17-year-old me.

In any case, I got it brand-new at a local music store for about $25. It did what I thought it would, though it made me aware of what I’ve since described as a “papery” sound that cheap (and/or poorly-operated) compressors can produce.

Next came the Boss ME-5, Boss’ first multi-fx, which had a Boss compressor built in. Later, I got an ME-10 (because I needed MORE effects!), but then traded it for individual pedals, one of which was an MXR Dyna-Comp.

I used the Dyna Comp, mostly cheerfully, for several years, until I started to notice that it was hit or miss… and as time passed, it seemed like there were more misses than hits. I tried several compressors… various Boss comps (they all have that flat, overly squashed “papery” sound), Ibanez CP-9, some hand-made Ross clone, a couple of Jangleboxes, an Orange Squeezer and maybe a few others that I can’t remember. Someone suggested the MXR Super Comp as a viable contender. I found a used one, liked it, and used it for years. I even recommended it. In fact, it worked so well for me that I bought a second, for a smaller pedalboard I assembled.

For reasons that escape me, I sold the first Super Comp and kept the second. Maybe it isn’t as good as the first, or maybe my tastes are changing as I age (or both). In any case, I started researching and shopping for a new compressor in earnest about six months ago. That led me to the Xotic SP Compressor.

It’s a mini pedal, about 2/3 the width of the small MXR enclosures (like a Dyna Comp or Phase 90). It’s surprisingly TALL since Xotic thought it needed to carry a battery. In this day and age, I was a little shocked by that, as almost everyone now has access to power supplies and pedalboard solutions. It’s height helps make it more accessible, should you decide to put it in the second row of your pedalboard. You might not need a riser for it.

Here in the Tone Parlour, I tested the SP with my early-90′s British made Vox AC15 combo and my Telecaster. The SP features a small toggle switch to choose high, medium or low compression ratios. I suppose this eliminates the need for another knob, but I think I would prefer a small knob. Frankly I would also prefer smaller knobs (in the ballpark of those smaller knobs Boss uses)  for the other two controls, which are simply Volume and Blend. There are also four dip-switches inside if you want to make more serious tonal alterations to it. The SP features a small fairly bright vivid green LED to indicate if the pedal is on or off. Controls are responsive and intuitive, and the build quality is excellent.

Guitarists tend to want either “color” or “transparency” in a compressor. I tend toward the latter. The blend feature on the SP helps quite a bit. I can either use NO blend (full effect), and build a compressor setting that I like tremendously, or I can build a whole different setting with the blend in play. Right now, I’ve landed on a setting with the compression toggle set on medium, the blend turned down from full-on to about 3 o’clock, and the volume just past noon. 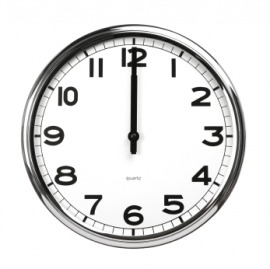 It was easy to back my playing off, and have the compressed signal sound enough like my dry tone for me to call it “transparent” with confidence. But something cool happens when I play harder into the SP,  and the glorious midrange growl of my Telecaster gets a little more pronounced. So… it’s “transparent,” but with some colorful side-effects? Maybe? Hard to describe.

In passing, I mentioned earlier that I had used a Janglebox in the past. When its toggle is set to high, the SP will do a pretty good Janglebox impression. The reason I don’t own a Janglebox (I think I have owned as many as three of them) is that it lacks sufficient output gain after compression. I want to use my comp as a slight boost as well. While this just didn’t happen with a Janglebox, the SP has more than enough gain to spare.

At some point, I may write an article listing the things about which I have said, “I can’t believe I waited this long to get this.”

It’s too early in the honeymoon for me to definitively say this about the SP, but it really clearly sets itself apart as a superior piece of gear.