Review of the Tech 21 FlyRig RK5, by Dave Eberhardt

First off, I recorded a demo of the FlyRig RK5, which you can check out, here: https://youtu.be/vzaO05Kvlvs

Tech 21 has produced several items which I like very much. The original SansAmp has shown up on a many of the recordings I’ve made (I’ll bet you a sandwich you can’t identify which ones), and I liked the Bass Driver preamp on my bass so much that I bought an RBI to keep in my studio rack.

The original FlyRig seemed like such a great idea when I first discovered it, and the RK version had the sort of gain I really like, so I jumped on it. The SansAmp section, reverb and DLA (delay) are the same in both models, so the only difference is the OMG gain in the RK version, versus the PLEXI gain in the original.

First reactions: The FlyRig box is surprisingly tiny, and so I was even more surprised at how tiny the actual FlyRig actually is, inside it. Seriously, it’s the size of two cell phones end-to-end. It came with its own proprietary (and alarmingly flimsy) power supply. Sadly, this is not a standard 9v adapter, so you can’t add a FlyRig to an existing pedalboard daisy chain.

Sounds and features: By itself, the SansAmp section is glorious. It sounds like an amp, and responds like one. Tone controls are responsive and musical. The reverb is remarkable. Unfortunately, it isn’t foot-switchable. There’s no graceful way to deal with this on stage. Just don’t even try.

The OMG gain is fantastic, and interacts well with the SansAmp. Then the OMG boost sends it all into screaming rock Valhalla. Used without an amp, the SansAmp functions well as an amp-simulator, letting you boost it with the two stages of the OMG. With an amp, the SansAmp section can be used as its own boost/gain, and the OMG and its boost can be tweaked differently. So there are lots of gain combinations to explore.

The DLA section boasts a really nice-sounding tap delay, with the option to add a randomized modulation. Turning the delay-time all the way down allows the modulation to be used as a “secret” chorus. As a delay freak, I was disappointed that the only realistic use of the delay was tapped quarter notes (or 8th-notes if I double-timed it). If you want dotted-8th delays, you better be able to tap a beat-and-a-half. Lotsa luck with that. I was further disappointed (and really surprised) by the DLA noise floor.

Persnickety: There is a current trend to have footpedals color the clouds with their huge bright light shows. I hate this. When I perform, I want my pedal rig to be as unobtrusive as possible. The Flyrig lights up every knob in each section that’s enabled. I wish each function just had a single LED. If you like footlights, you may love it. Moreover, when powered-up, the whole unit -I mean, each section- defaults to being ON. 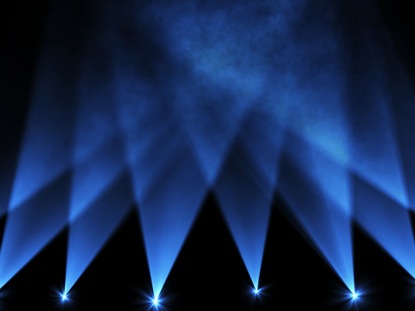 At the end of a few weeks of using it both live and in the studio, I found myself craving more options, or wishing I had just gotten an OMG pedal. To me, the unit doesn’t offer much that I don’t already have, and it’s tiny footprint (while impressive) isn’t enough of a perk to replace anything I already have.

I asked Tech 21 if the FlyRig could be modded with extra jacks (I was really interested in a send/return, perhaps on a single stereo jack), and was told that they couldn’t imagine such an option. In my experience, manufacturers are rarely imaginative in this regard.

Maybe someone else will mod their FlyRig, and I’ll revisit the option. Until then, I’d rather use something a little larger, quieter, and better-appointed

Have you tried one? What was your experience?