Guitarists, I have good news, and I have bad news,,, 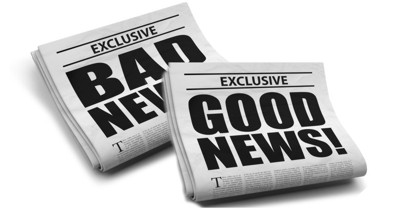 In early March of 2018, I bought an Avid Eleven Rack for my studio. I had been using my POD Pro 2.0 for quite some time, with results that fell mostly into the “I suppose that is OK” category, and I spent a lot of time processing tracks (EQ, etc) to get them there.

I was headed into ankle-reconstruction surgery, and wanted something to inspire me back into music creation while I recovered (experimenting with new gear always helps). Yes, I knew I wasn’t going to be able to walk for a long time, but I was unprepared for how much NOT sitting upright I would be able to do (had to keep my foot elevated). I’ve done far less recording than I had planned to do this year, but I HAVE done some, and solely with the Eleven Rack (henceforth “11R” for brevity).

The good news is that this has been a fantastic experience.

The first evidence I’d like to share is three songs I recorded for my friend Todd Gilbert in the Flint, Michigan area, for an album of covers. This seemed like a perfect test for the 11R- sending the product off to a collaborator., and comparing them to known, published works.

The three songs I recorded were Huey Lewis’ “Bad Is Bad,” Billy Joel’s “Laura,” and Hall & Oates’ “Out Of Touch.”

“Bad Is Bad” was the first one I recorded. The original recording is an 80′s nod to a 50′s vibe, and the production (while pleasantly nostalgic) does not stand up well. So I built the whole thing around a swaggering Telecaster riff. The 11R transmitted my sound with both girth and clarity- clarity I always found lacking in the POD Pro. Through the whole song I recorded a lot of solo ad-libs on an old Electra Invicta, allowing Todd to pick and choose which of these he wanted to keep. Then, I recorded my Jazzmaster throught a Leslie patch I either found or edited-together on the 11R. It sounded as good as (if not better than) most good Leslie simulations I have heard. Finally, I played a slide solo with the Telecaster. Usually I reach for my old Marshall JCM800 combo for this task, but the 11R did the job exceptionally well.

“Laura” is a pretty close approximation of the original arrangement. I’m not sure what was really used on the recording of the original solo to give it that sound… but I just double-tracked it. All those electric guitar licks are my Telecaster. Since Billy Joel was clearly channeling The Beatles, I donned my George Harrison cap, and played the chord-changes with an electric 12-string (a mid-2000′s Fender Stratocaster XII). All of this was done with the 11R, straight in to my interface, with one exception- there is a swirly modulation phrase at the end of the solo, where I ran out of the 11R through my old Quadraverb.

Finally, “Out Of Touch” came across my desk. Todd had envisioned a straight-ahead rocker, so I played an 8th-note chugging rhythm on the Invicta, and then added a double-tracked arrangement of the Telecaster playing some Alex Lifeson type arpeggios and minor 7 stabs. I dialed-in an obvious Van Halen inspired patch for the solo (complete with phaser) and recorded that on the Invicta, as well as a double-tracked slide part (without phaser). Then to give it all some more growl, I added a fuzz track from my Jazzmaster.

The bad news is that I might not need all these amplifiers anymore.

The 11R is a great comprehensive tool for guitarists in a studio setting. you can choose from a variety of classic amplifiers and speaker cabinets, a decent array of effects pedals, and even a small but respectable batch of standard top-shelf studio microphones. Each piece of the signal chain distinctively interacts with the next, and then responds accordingly. Once you understand the editing navigation, it is easy to bounce through settings and dial in a tone. It’s not the sort of thing I would use live (ask me again in a few years), so I cannot speak to that application.

I found it a little noisy, to my surprise. This may have something to do with how it’s connected to my rack, but then my POD Pro is comparably dead silent. To be fair, the noise is no more than the line noise of an old amplifier, but this may affect certain quiet passages of recordings. I was able to filter it out well enough with some standard DAW plugins.

Now that the 11R price has dropped to $299, it’s a safe and sensible investment. ProTools users can use it as a virtual instrument, record guitar tracks direct, and process them through the 11R afterward. I use Reaper, and I suppose there’s a way to do this, but it isn’t really how I like to work.

It has quickly become an easy go-to choice for me. I’m pleased with the purchase, nearly six months later, as well as with the end results of the handful of recordings it’s been featured on. Would definitely recommend it. Calling this one a strong 8/10, with the only complaints being noise (admittedly could be due to ignorance), and an interface that required reading the manual to be able to operate.