In 2005ish, I was engaged in robust discussions on the interwebs about pedalboards and pedals in a few public forums. There was an emerging culture of pedal-geeks eager to find quality compact solutions for live performance, and a manufacturing culture that as a whole, couldn’t see past its own proverbial nose. I remember stating that classic Electro Harmonix pedals, while I loved the sounds, were too big to be of practical use on a modern well-appointed pedalboard. The pedal industry (those who would listen, anyway), and older players all howled together in derision at the idea that I would use 9-10 pedals. “You must not be much of a player if you have to rely on all that.” “Pro players LIKE big pedals.” “You’ll end up using less.” I heard it all. Meanwhile, I was turning down gigs, sessions and students because there was too much demand for the soundscapes I could create. So there’s that.

Not long after, the Electro Harmonix “Nano” series hit the scene, and the company has been cranking out different versions of their pedals, plus exciting new ones, for the last decade. Other pedal makers went back to the drawing board(s) as boutique pedals started changing the game. Dual-gain and multi-delay pedals have abounded. Tap-tempo is the new normal. It’s finally getting interesting out here.

A couple of years ago, the B9 Organ Machine caught my ear. Too broke to buy one, I waited for used ones to become available. The C9 was released soon after. The Key9 and Mel9 followed. I was blown away by the Mel9 pedal, and really interested in the C9 pedal. So I bought one of each, determined to choose one or the other, as my new sound option. I use a lot of stacked delay sounds for keyboard-like ambience, and a leslie effect to invoke an organ-like vibe. So you can understand how each pedal has appeal for me.

[True story: in December of 2016, at the latest, I started trying to reach EH to suggest a Synth9 pedal. I used that very name, and even jotted down a few sound patches on a note pad. I was stunned a few weeks ago when the Synth9 pedal was announced!]

The first to arrive was the Mel9. Blown away by Don Carr’s demo of it on the Sweetwater website, I imagined finding a small handful of sounds to employ to create huge walls of live ambience layered over/under my growling guitar. After a day or two of putting it through its paces, I realized I may have overestimated it. I had similarly been intrigued by the C9, and so I picked one up to compare. As a quick overall comparison, the Mel9 does no organ sounds, but it does more otther stuff. The C9 is almost all organs, except for a Mellotron Flute sound that is actually, in my opinion, superior to that of the Mel9.

The C9 has less variety. Everything is an organ, with the exception of the “Mello Flutes” (Mellotron Flute). That said, more of the C9 sounds are useful. The Mel9 has more variety, but I found fewer sounds to be good.

The C9 is an organ machine, and as every organist knows, you’re gonna want to control the Leslie. There is no control of the modulation, except by twisting the “Mod” knob. While it’s a mono pedal, the C9 mod sounds really nice and spatial at slow speeds, giving a nice doppler chorus without getting phasey. The faster speeds are less beautiful, but usable. Honestly, it makes more sense to run the C9 with no modulation through a good leslie simulator. I tried this, but it wasn’t awesome, though I retained control of the leslie speed.

The Mel9 attempts to capture the classic seasick side-effect of the Mellotron tapes being pulled at inconsistent rates across its playback heads. This is done reasonably well, but there is no control over it. It’s always on. Always. On. ALWAYS. It can never be dialed-back, down, out, etc. Sure wish this was a dial I could turn! 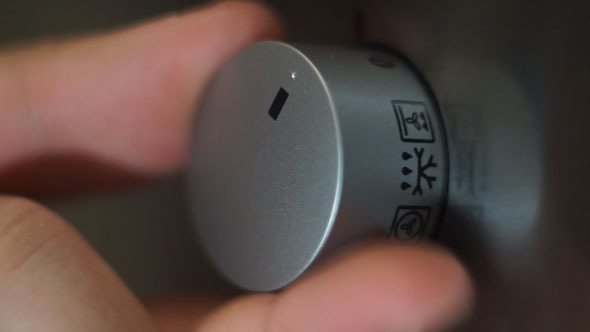 Both pedals could benefit GREATLY from an expression pedal control, and a switch to scroll through sound patches. I pray for future mods to be discovered.

The option is either to use all effect, with no guitar blended in, or to blend guitar plus effect. Unfortunately, some sounds require different settings than others. To use more than one sound, you need to do some knob-turning. This means either (1.) bending down and fiddling, mid-set, or (2.) keeping the pedal within reach (On a music stand? Top of the amp?).

That brings up the issue of signal path. EH insists that you run the C9 or Mel9 FIRST (or close to it) in your signal path. That means it comes pre-gain. So if you’re blending dry & effect, the effect is then going through your distortion pedal. This is not pretty. I put mine after my gain pedals, so that I had the option of a dirty rhythm with an effect blended in (the gain, which wasn’t too high, didn’t change the C9/Mel9 sound much).

In any case, I started imagining a complex system of signal routing that became increasingly absurd. The C9 gives you some great organ sounds, without much control. The Mel9 gives a few more novelty sounds. It’s probably best to approach both pedals in one of two ways. Either they are something you goof around with on a tabletop, while you sit nearby and twist knobs, or you choose ONE sound, dial it in, and use that ONE sound on your live rig. Changing sounds is impractical, live. But if dialed-in nicely, it can create a cool backing keyboard bed. The questions you and I are then left with is whether an organ bed or a Mellotron bed is better. Today, I can’t answer that.

Maybe I’m no help at all, because now I’m considering adding/comparing a Synth9.

Have you tried a B9, C9, Key9, Mel9 or Synth9? What was your experience? Is there another pedal that seemed like it promised the moon, but delivered less? What was it? How would you improve this EH series of pedals? Do you know of any mods? Share your thoughts!