Recently, I watched an interview with ace guitarist Steve Vai, who has become pretty philosophical in recent years. His main point was to not waste time on things that aren’t your strong suit, but instead, to focus on your strengths. This was interesting to me, as I tend to lament my weaknesses and dismiss my strengths. It also surprised me, knowing that he has been pretty weird and experimental at times (Look for his interest in Bulgarian wedding music sometime. I’m serious).

I have noticed that the greatest artists, with few exceptions, tend to do ONE thing well. A few years ago, I ended up teaching guitar lessons in the same guitar shop where my first guitar teacher was also giving lessons. He is a dyed-in-the-wool jazz guy, but grew up in the classic rock era (I learned all my cool rock songs from him when I was a kid).

One day, I had a break between students, and I realized as I eavesdropped on his teaching, that he really didn’t play “rock guitar” very well. I was relieved. I know that I wasn’t much of a jazz player, even at the height of my studies with him. I assumed that my skills as a rock guy were easy for anyone. Apparently real jazz guys aren’t also natural rockers. This makes sense. Every jazz guy knows that rock guitarists aren’t natural jazzers. 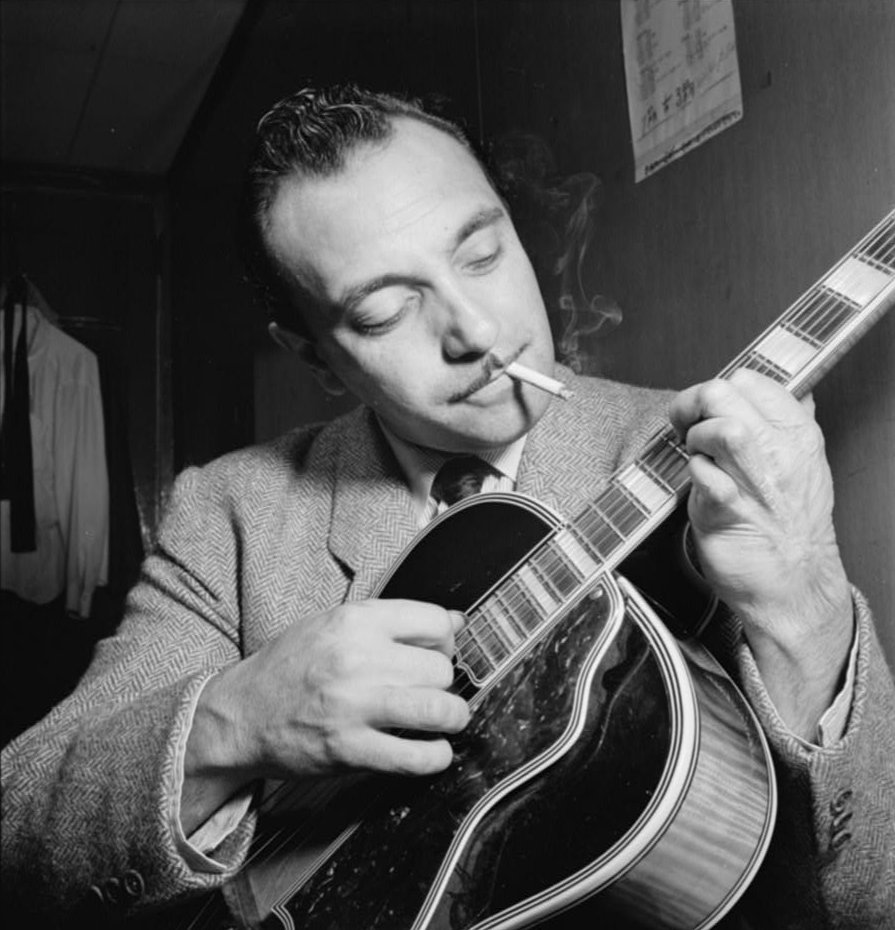 One of the things Vai landed on was to NOT waste a lot of time trying to do something that doesn’t seem natural to you (unless you are honestly inspired to pursue it). This is really simple and really true. I have no interest in becoming a jazz guy, but I do like to study up on it here and there. It informs my playing, and contributes to my natural style.

I currently work as a creative consultant for a church in Cincinnati. I was initially contracted as a musician and band leader, but now my direct music involvement is comparably rare.

As the organization slid down the year towards Christmas, I began driving the creative team to land on a very specific sort of presentation for our Christmas Eve services. In years past, it had been a hodge-podge of music styles and sounds. They always said they wanted it to be “classic,” but everyone had their own opinion of what that meant.

I usually brought an archtop and an electric 12-string to change things up, but that was really all I could do while all us multifaceted musical cooks were making a generic musical soup. Everyone was gravitating toward their natural strengths, which is good; but it was pulling in too many directions, and not actually moving very far.

This year, we eliminated electric guitars, keyboards and bass, and had most of the music driven by a grand pianist with a string quartet. One song was simply two acoustic guitars and vocals, and one combined the lot with a drum kit. Rather than everyone banging away on each song, we separated the instruments into separate arrangements, only combining them for one climactic song. Everyone had light involvement, bringing each of their specialties to the forefront briefly and minimally (except the pianist and strings, who were the feature).

Multiple sources called it the best Christmas Eve service we had ever done.

Years ago, my band (each member of whom liked all kinds of music) released an album that went in many different musical directions. We reasoned (reasonably) that The Beatles and Led Zeppelin did such things, so therefore our ability to do likewise would get a lot of people to like us. We were wrong for two reasons: First, we were neither Beatles nor Zeppelins, and second, we were aiming at the wrong generation. We thought everyone would like something. What actually happened was that everyone disliked something. So much for a multifaceted album. At about the same time I ended up playing guitar in a band backing a young female singer who was doing something in between The Indigo Girls and Sheryl Crow. That’s a fairly specific niche, and her album (which was far more cohesive) absolutely dwarfed the one my other band made in terms of success. It made me a minor league local music celebrity overnight, and within a year, she was one of the biggest names in town.

So between the wisdom of Steve Vai, my own experiences (pro AND con), and the obviously positive receptions, it’s pretty easy to conclude that there’s something to be said for specificity, rather than attempting to be multifaceted.

What’s your speciality? What are some tangents that pull you from it? Have you ever produced something that tried to go in too many directions? Have you triumphed with a specific? Tell your story. Go!

4 thoughts on “The Myth of Being Multifaceted”