What follows is a true story.

In 2002ish, I was in a band called Gwendolyn Speaks, with some friends who were superb musicians and singers. We were booked to play the Columbus Arts Festival that summer.

Festival performances are a mixed bag. Organizers want live music all day long, but most people are only interested in seeing live music starting approximately at sunset, when the stage lights are on, and the alcohol is starting to flow. As the bigger names get the later slots, this means that you have to be pretty well known to play an evening set. Otherwise, your crowd looks like this: 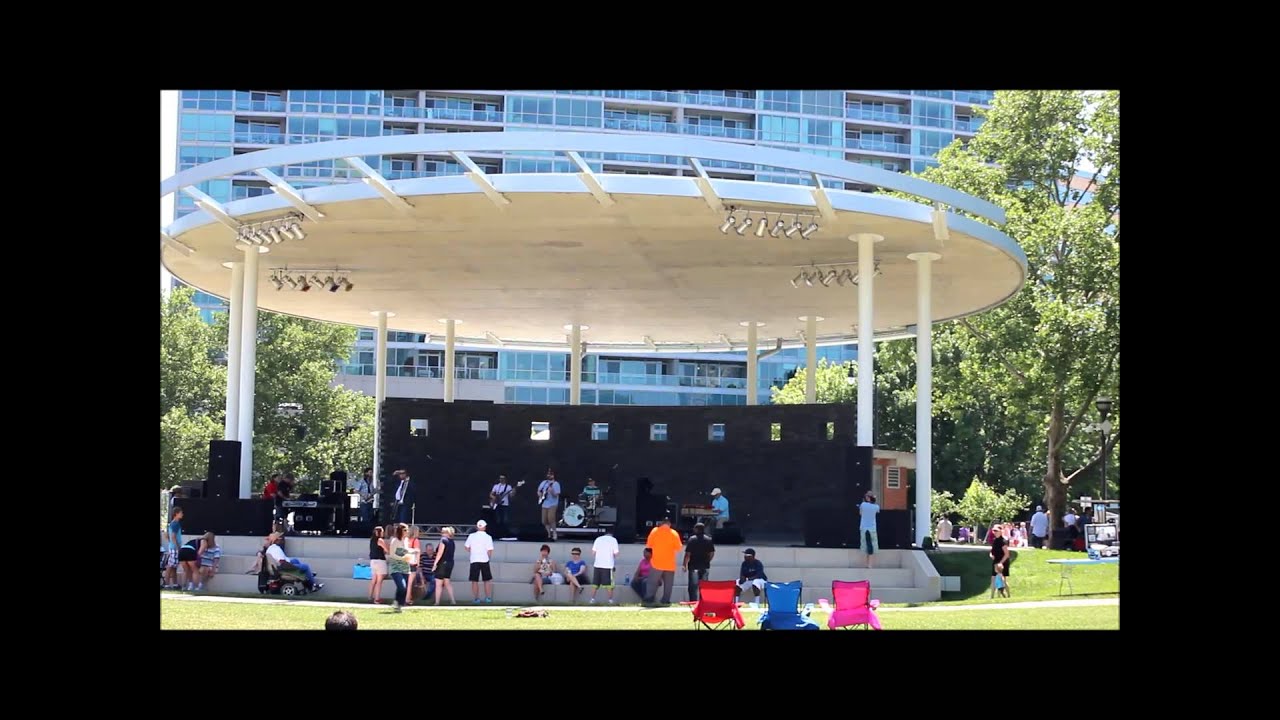 Well, Gwendolyn Speaks was not a big name in Cincinnati, much less in Columbus, so our set time was something like 1pm on a Sunday. Predictably, the area in front of the stage was pretty empty. There was a steady stream of, say, moms with kids, who would stroll by, listen for a few minutes, and then move on. But there were two guys who “looked like musicians,” sitting and watching our set. One was in black jeans, a black sleeveless shirt and black skullcap. The other had a Hawaiian shirt and very tall hair. I figured maybe they were playing on the same stage later. 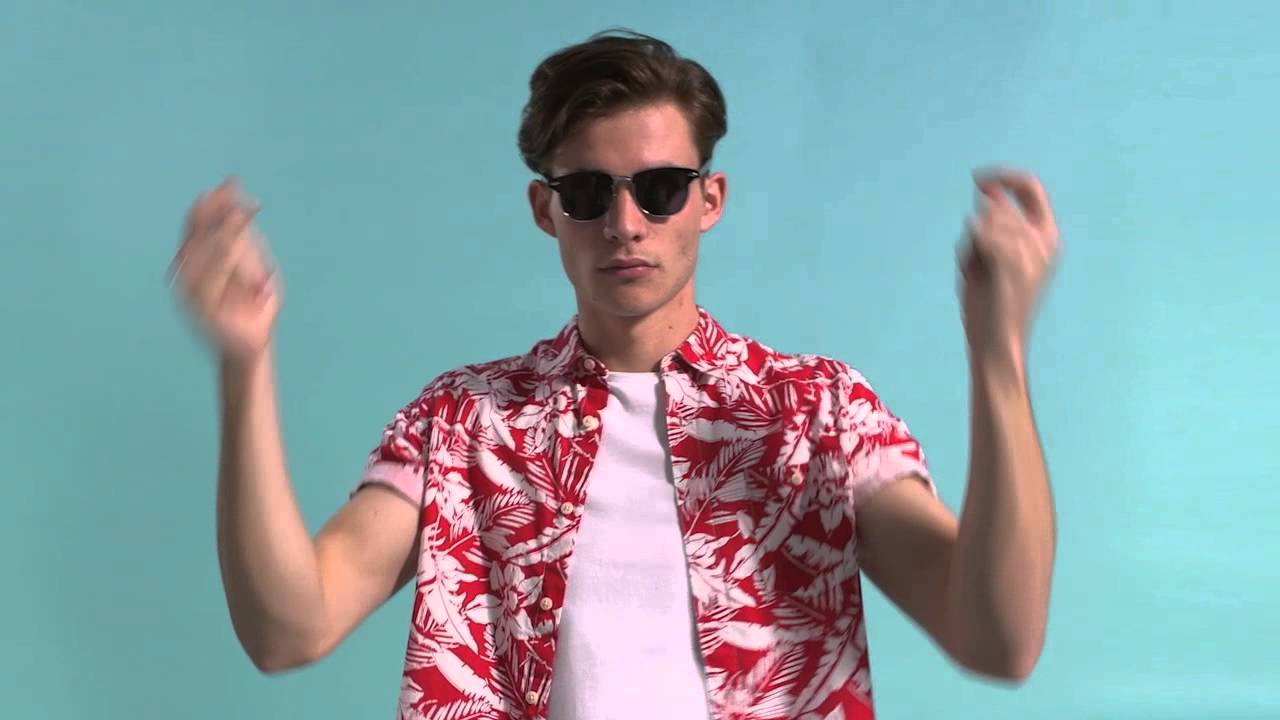 On that same date, there was a guitar show scheduled on the opposite side of Columbus (these happen twice a year). Now, knowing that not many people were going to be present at our show, I was mostly hoping to finish the set and leave quickly, so I could find a cool bargain at that show.

It was also at this time that I was using a pretty complicated rig, though I may have been actively simplifyng it. In any case, I was almost certainly using two UK-made Vox AC15 amplifiers, running in stereo. 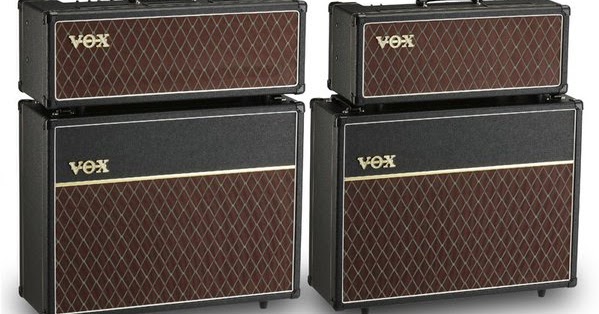 [Two things: (1.) I believe I may have been a front-runner in the Cincinnati area for using AC15's. They weren't being used by many people. Then I got mine, and suddenly everyone started getting them. (2.) Yes, I know these aren't AC15's. ]

At the conclusion of our set, I went straight to work, tearing-down my gear, and loading it out to my car, which was conveniently parked right near the stage. As I was heading back to the stage for another armload of gear, our bassist said something like “Billy Bob Thornton is over there, and he wants to meet you.” I laughed, because, come to think of it, the guy in black DID look a lot like BBT. It was a good joke from Pete the Bassist, who was usually clever and understated like that. So I walked up to the stage front to meet the guy.

It was actually Billy Bob Thornton. The actor. The real guy. 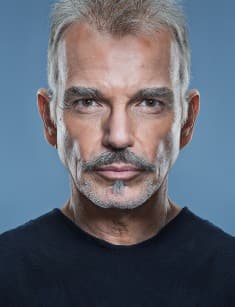 I shook his hand and said hello. He had a tattoo on his right bicep that said “Angelina.” As you may remember, he and Angelina Jolie were married there for a bit. This meeting was like a month before they split up.

Anyway, turns ut that BBT is a musician (a drummer – make your own jokes), and he and his band were actually performing later, though on a different stage.

If you were a man, it was easy to watch a Gwendolyn Speaks set, because our two lady singers, Tara and Carrie, were quite lovely. And Pete and Scott and I were all music geeks, so we tended to infuse the catchy pop songs with some nice flourishes.

So, not surprisingly, BBT loved the show, and he and his guitarist (Hawaiian shirt guy) said they loved my tone and playing, and wanted to ask some questions about what I used. So, long before there were YouTube videos and guitar sites devoted to this sort of thing, I gave a “Rig Rundown” to Billy Bob Thornton and his guitarist. [Note the amplifiers behind these guys]

After a pleasant chat, we all went our separate ways. I headed off to the guitar show, where nothing memorable happened. For the remainder of the day, several of us just called each other and screamed into the phone; “Aaaagh! Billy Bob Thornton! Aaaagh! 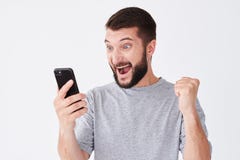 This was back when cell phones did NOT come with cameras. So of course no one took pictures. Who takes pictures at a Sunday afternoon gig? Well, the next day, I stopped at a gas station and bought a disposable camera to keep in the car, just in case. For you youngsters, a disposable camera cost a few dollars. You would take a bunch of pictures with it, then take the whole camera in to a place (say, a pharmacy or grocery store) to get the pictures developed. They would discard or recycle the camera, and you would get your pictures. I am surprised to learn that they are still around. 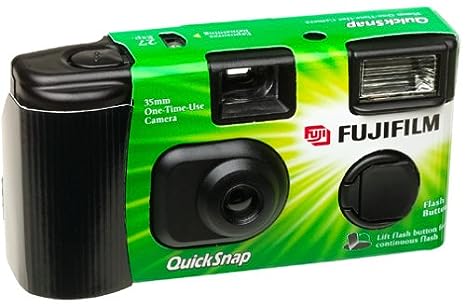 Also at this time, my wife had a tendency to steal whatever camera I owned, take photos with it, use up all the film, and then lose/ruin/misplace the camera. So a disposable camera seemed like a great idea for me. I kept one in my car until she found it, stole it, took a bunch of photos, and left me with no camera. This happened several times.

Thus, despite my best efforts, here’s another “big fish” story:

A year or two later I would find myself on stage with The Pointer Sisters. 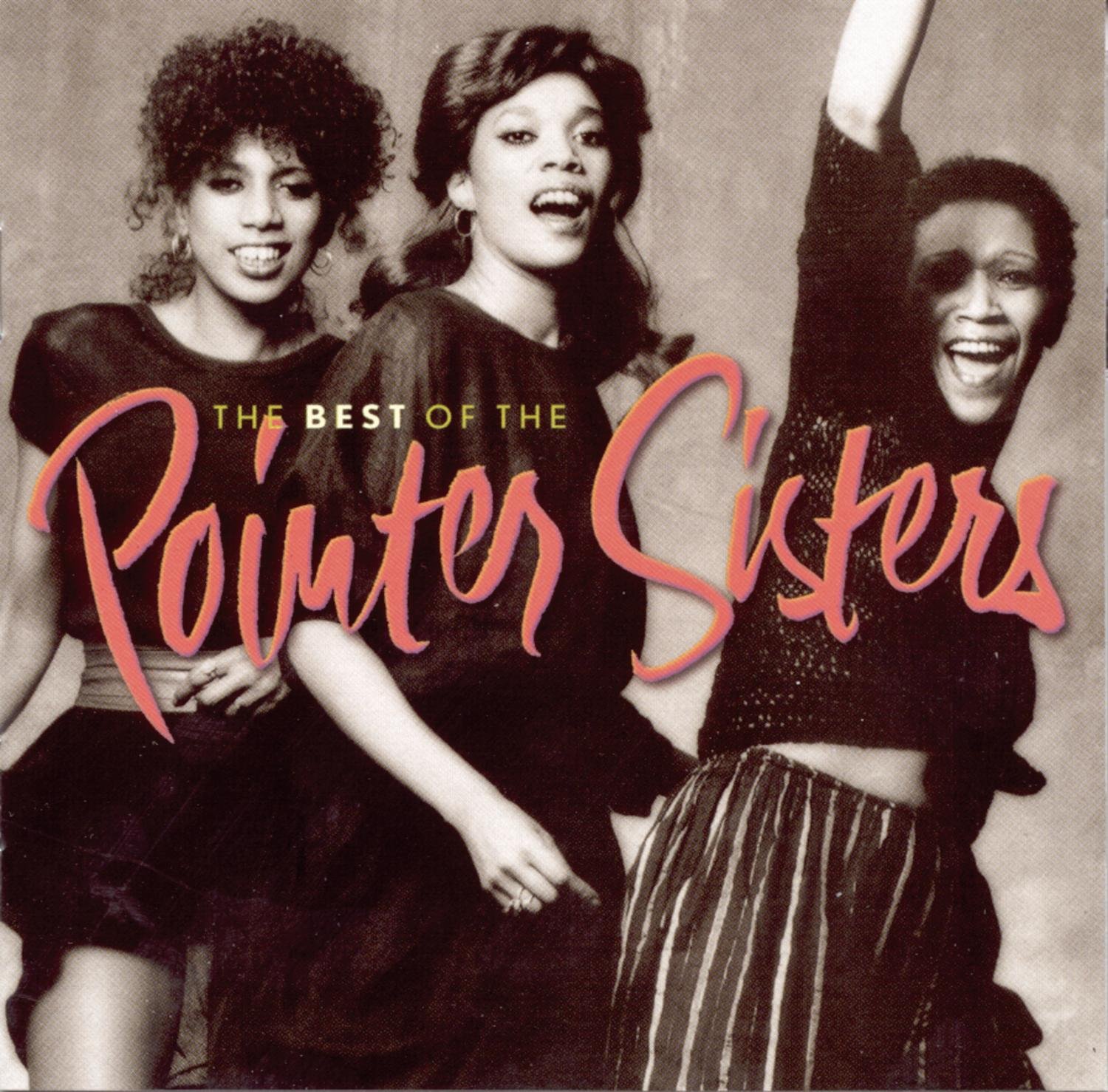 Yes, really.
Of course I had no camera. Of course.

Guitarists, I have good news, and I have bad news,,,

In early March of 2018, I bought an Avid Eleven Rack for my studio. I had been using my POD Pro 2.0 for quite some time, with results that fell mostly into the “I suppose that is OK” category, and I spent a lot of time processing tracks (EQ, etc) to get them there.

I was headed into ankle-reconstruction surgery, and wanted something to inspire me back into music creation while I recovered (experimenting with new gear always helps). Yes, I knew I wasn’t going to be able to walk for a long time, but I was unprepared for how much NOT sitting upright I would be able to do (had to keep my foot elevated). I’ve done far less recording than I had planned to do this year, but I HAVE done some, and solely with the Eleven Rack (henceforth “11R” for brevity).

The good news is that this has been a fantastic experience.

The first evidence I’d like to share is three songs I recorded for my friend Todd Gilbert in the Flint, Michigan area, for an album of covers. This seemed like a perfect test for the 11R- sending the product off to a collaborator., and comparing them to known, published works.

The three songs I recorded were Huey Lewis’ “Bad Is Bad,” Billy Joel’s “Laura,” and Hall & Oates’ “Out Of Touch.”

“Bad Is Bad” was the first one I recorded. The original recording is an 80′s nod to a 50′s vibe, and the production (while pleasantly nostalgic) does not stand up well. So I built the whole thing around a swaggering Telecaster riff. The 11R transmitted my sound with both girth and clarity- clarity I always found lacking in the POD Pro. Through the whole song I recorded a lot of solo ad-libs on an old Electra Invicta, allowing Todd to pick and choose which of these he wanted to keep. Then, I recorded my Jazzmaster throught a Leslie patch I either found or edited-together on the 11R. It sounded as good as (if not better than) most good Leslie simulations I have heard. Finally, I played a slide solo with the Telecaster. Usually I reach for my old Marshall JCM800 combo for this task, but the 11R did the job exceptionally well.

“Laura” is a pretty close approximation of the original arrangement. I’m not sure what was really used on the recording of the original solo to give it that sound… but I just double-tracked it. All those electric guitar licks are my Telecaster. Since Billy Joel was clearly channeling The Beatles, I donned my George Harrison cap, and played the chord-changes with an electric 12-string (a mid-2000′s Fender Stratocaster XII). All of this was done with the 11R, straight in to my interface, with one exception- there is a swirly modulation phrase at the end of the solo, where I ran out of the 11R through my old Quadraverb.

Finally, “Out Of Touch” came across my desk. Todd had envisioned a straight-ahead rocker, so I played an 8th-note chugging rhythm on the Invicta, and then added a double-tracked arrangement of the Telecaster playing some Alex Lifeson type arpeggios and minor 7 stabs. I dialed-in an obvious Van Halen inspired patch for the solo (complete with phaser) and recorded that on the Invicta, as well as a double-tracked slide part (without phaser). Then to give it all some more growl, I added a fuzz track from my Jazzmaster.

The bad news is that I might not need all these amplifiers anymore.

The 11R is a great comprehensive tool for guitarists in a studio setting. you can choose from a variety of classic amplifiers and speaker cabinets, a decent array of effects pedals, and even a small but respectable batch of standard top-shelf studio microphones. Each piece of the signal chain distinctively interacts with the next, and then responds accordingly. Once you understand the editing navigation, it is easy to bounce through settings and dial in a tone. It’s not the sort of thing I would use live (ask me again in a few years), so I cannot speak to that application.

I found it a little noisy, to my surprise. This may have something to do with how it’s connected to my rack, but then my POD Pro is comparably dead silent. To be fair, the noise is no more than the line noise of an old amplifier, but this may affect certain quiet passages of recordings. I was able to filter it out well enough with some standard DAW plugins.

Now that the 11R price has dropped to $299, it’s a safe and sensible investment. ProTools users can use it as a virtual instrument, record guitar tracks direct, and process them through the 11R afterward. I use Reaper, and I suppose there’s a way to do this, but it isn’t really how I like to work.

It has quickly become an easy go-to choice for me. I’m pleased with the purchase, nearly six months later, as well as with the end results of the handful of recordings it’s been featured on. Would definitely recommend it. Calling this one a strong 8/10, with the only complaints being noise (admittedly could be due to ignorance), and an interface that required reading the manual to be able to operate.